The Priory Council of Trustees

The Priory Council of Trustees

This is the Board for St John Ambulance’s parent charity, The Priory of England and the Islands of the Order of St John: 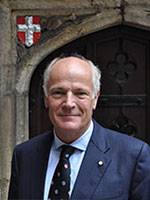 Dr Lionel Jarvis joined the Royal Navy after training as a doctor, and as a consultant clinical radiologist won many professional awards, then from 1999-2003 he was Commanding Officer of Royal Hospital Haslar. He was deployed on operational activity in a number of conflict areas, receiving operational medals from UK Government, Kingdom of Saudi Arabia and the State of Kuwait.

In 2006, he was appointed Honorary Surgeon to Her Majesty The Queen, which he held until 2012. As an Admiral he was Medical Director General of the Royal Navy and Assistant Chief of the Defence Staff for Health. Before joining St John he was Chief Executive of the Qatar Heart Hospital. 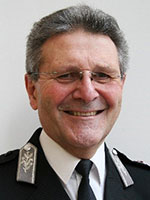 Michael Messinger had a 40 year career as an officer in the Metropolitan Police Service. For the latter part of his time in the Met he was responsible for public event policing, emergency planning and consequence management policy and delivery across London. Director of the Metropolitan Police Friendly Society, Michael has been the Commander of St John Ambulance London since 2007.

He became Chief Volunteer for St John Ambulance in April 2012 (having previously carried out the role in an acting capacity). He has also been a Trustee since June 2010.

He was recently appointed Chancellor (February 2017) and before that was Chief Volunteer for St John Ambulance from 2012 – Jan 2017 (having previously carried out the role in an acting capacity). He has also been a Trustee since June 2010. 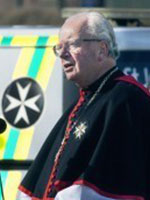 Nicholas’s ordained ministry has been spent in South London as a Parish Priest; in Merseyside as Precentor of Liverpool Cathedral and then as Rector of Liverpool; and in Sussex as Dean of Chichester Cathedral until 2014. He served for more than 15 years on the old St John Council for Merseyside.

Prior to ordination, Nicholas trained for retail management, and was a Welfare Officer at H.M. Prison, Pentonville. His book Pardon and Peace – a reflection on the making of peace in Ireland, was published, to much acclaim, in 1995. 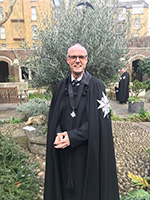 Stephen is a Chartered Accountant by training and is the senior partner of a general practice firm of Accountants in Wimborne. He first became involved with St John Ambulance in 2003 as County Treasurer for Dorset and continued in this post until June 2010, when he was appointed as Assistant and then County Commander for Dorset until the county joined the South West regional structure in December 2012.

Stephen was appointed as a Lead Trustee, Finance for The Priory of England & the Islands in 2012. Away from national responsibilities, Stephen holds an Advanced First Aid qualification and is a member of the Bournemouth & Poole St John Unit. 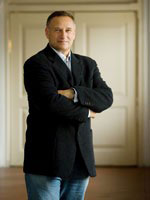 David has been in the chemical manufacturing business all of his life. An MD and Chairman of Robnorganic Systems, he is also a Non-Executive Chairman of Global Resins and Chairman of Hempleman Investment Company, a commercial property company. David is a Non Executive Director of XP Power, a PLC company based in Singapore which manufactures in the USA, Europe, China and Vietnam.

David is a Trustee of the Duke of Edinburgh’s Award, and the Royal Aero Club Trust. David’s hobby is adventure and he has some notable firsts. He was the first person to achieve the Explorers Grand Slam by climbing the highest mountain on each continent and getting to the North and South Magnetic and Geographical Poles. He has reached the poles a record 16 times, and climbed Everest by the North and the South sides. He has a Pilot’s licence and has 46 Fédération Aéronautique Internationale (FAI) World Aviation records. David has been a Priory Council Trustee since August 2012. 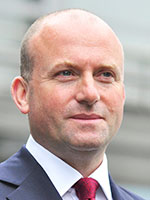 Neil is a Fellow of the Institute of Chartered Accountants and was for many years an audit partner focussed on the energy and utilities sector. In 2003, he joined London’s bid for the 2012 Olympics and stayed as the Chief Financial Officer and Executive Board Member of the London Organising Committee of the Olympic and Paralympic Games (“LOCOG”) until 2013. Neil is a management consulting partner in one of the UK’s largest professional services firms and holds a number of other charitable board positions.

Neil was appointed as a Trustee of The Priory of England & the Islands on the 13 June 2017.

Neil was awarded an MBE in the 2006 New Year’s honours for his services to the London 2012 bid. 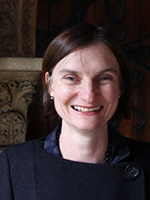 Recently the Church of England’s Director of Cathedrals and Church buildings, Janet worked at Sotheby’s, in the City and other commercial and not-for-profit organisations. Janet has a MA in History and History of Art from Cambridge, has published on church buildings, and guided and lectured at the Victoria & Albert Museum. She was awarded an OBE for services to heritage in January 2017. She was appointed as a Trustee of the Priory at the beginning of July 2017.

The St John Ambulance Board of Trustees 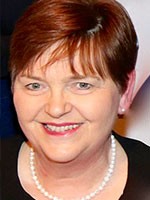 Appointed as a Trustee in 2017, Ann began her St John life as a Cadet and has been involved with the organisation ever since. Having run several successful Cadet Units, she went on to hold senior operational positions and was appointed the first female Commissioner for London St John Ambulance in 2008. She led the SJA volunteer resourcing for all major events in the capital during the period 2008 – 2013 including HM’s Diamond Jubilee, the Olympics and Paralympic Games. Ann went on to become National Volunteering Adviser and in 2017, she was appointed Chief Volunteer for St John Ambulance.

Now retired from her professional life as a Headteacher and School Inspector, Ann also thoroughly enjoys her role as the Representative Deputy Lieutenant for the London Borough of Enfield. 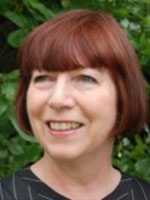 Margaret joined the St John Ambulance Board as a Trustee in April 2015. She holds a number of non-executive roles including Chair of the Media Centre, a social enterprise in the creative and digital sector; Chair of Yorkshire Dance, a charity promoting excellence in dance; Chair of Certa, an awarding body; and until December 2013 was on the board of the National Council for Voluntary Organisations. She is a Fellow of the Royal Society of Arts and the Chartered Management Institute.

Until 2010 she was Regional Director in Yorkshire and the Humber in the Learning and Skills Council and had responsibility for education and training including apprenticeships for adults and young people in schools, colleges and workplaces across the region. She was also national Third Sector Champion.

She has worked in all the major sectors of post-16 education, including higher and further education, teacher education, adult skills and sixth form colleges. Before joining the LSC in 2001, Margaret was the Principal and Chief Executive of Huddersfield New College. 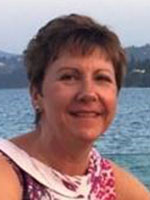 Jayne MeeJayne is a Human Resources Consultant and Non-Executive Director with specific experience in Retail, Leisure & Hospitality, Construction, Healthcare (NHS) and Charity/Not for Profit. Jayne is passionate about people and has a proven track record in creating behavioural and cultural change with tangible business benefits. In her career she has worked with the Boots Company, Sears, Whitbread, Royal Mail, Punch Taverns, Barratt Developments, and the NHS. Jayne founded Calabash Limited in 2015 and has been working as a professional advisor to a ‘big four’ Board Advisory Practice, executive coaching in both the private and public sector, and delivering strategic HR consultancy and board advisory work in the private, public and ‘not for profit’ sector. She joined the St John Ambulance Board in April 2015 and chairs the Remuneration Committee. She is also a Trustee for MEI – Mathematics in Education and Industry, and a Mentor for Carer’s Trust CEO’s. 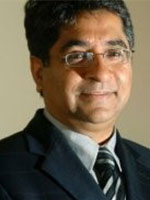 Mohan is a highly commercial and creative finance director with extensive private equity experience who has played a key leadership role in establishing Casual Dining Group (previously known as Tragus) as a major UK restaurant business. He also led the business through two private equity transactions including the £267m sale to Blackstone in 2007. Prior to this he was CFO at Costa Coffee and TGI Friday’s.

Mohan is a Fellow of the Institute of Chartered Accountants and serves as a trustee on the Migration Museum Project. Mohan joined the St John Ambulance Board as a Trustee in July 2016. 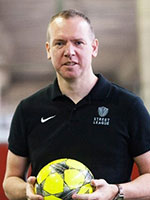 Matt is a respected social entrepreneur with a background in youth work, employability, enterprise, and sport-based social impact. Matt joined the St John Ambulance Board as a Trustee in July 2016. He is currently Managing Director of Trust Impact, an impact and transparency consultancy helping charities, social enterprises, and sports organisations build trust through innovative impact journeys.

From 2010-2019, Matt was CEO of sport for employment charity Street League. He helped change its direction and drive growth of 30-40% every year for the past six years. Street League employs 140 full time staff, operates in 14 regions across the UK, and serves 39 local communities.

Prior to Street League, Matt was Chief Executive of Young Enterprise North West and Founder CEO of the multi-award winning ‘Unique Social Enterprise’ in Newark. In 2014 he was selected by the RFU to join the ‘Try For Change’ Legacy Panel of the Rugby World Cup 2015.

All of this is underpinned by a strong academic record which includes an MBA with Distinction from Nottingham University and a scholarship from Harvard Business School. 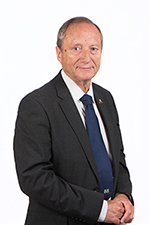 Professor Sir Keith Porter was educated at Marlborough College and St Thomas’s Hospital, London. He was appointed Consultant Trauma Surgeon at Birmingham Accident Hospital in 1986, a service that is now delivered at Queen Elizabeth Hospital Birmingham, where he is Professor of Clinical Traumatology and until June 2018 the Clinical Director of the Major Trauma Centre.

He is the clinical lead for injured soldiers returning to the UK for the last decade including both the Iraq and Afghanistan wars.

Professor Porter has over 150 peer review publications and has co-authored/edited numerous books.

For his services to the military he was knighted in the 2010 Queen’s New Year’s honours list. 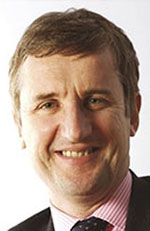 David Springthorpe first became a trustee of St John Ambulance in September 2015, serving until June 2017. He was subsequently appointed to the role of interim Chief Executive until the end of 2017, with a handover period that began in July 2017. He returned as a Trustee in September 2018. David now chairs the Audit & Risk Committee, having been a member of the Committee since 2015.

David has held a number of Senior Executive roles as a Qualified Chartered Accountant. In the 1990s, he was part of the rapidly expanding DIY group B&Q. He later joined Virgin Atlantic as Finance Director. He led the transformational change of the airline, its finances, and its operating model. In 2004, he joined Heathrow Airport as Finance Director. Two years later, he became the Chief Financial Officer of the Heathrow Division. He was involved with the building of terminal Five and adapting airport security changes, as well as leading on the CAA Regulatory Settlement. In 2008, he became the Chief Financial Officer of Anchor Trust, Britain’s largest charitable provider of care and housing for older people. David now holds a number of consultancy, non-executive director, and voluntary roles in the care, housing, and health sectors.